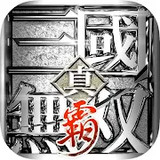 Dynasty Warriors: Overlord is the most powerful game of the Three Kingdoms on mobile phones, officially licensed by Koei Tecmo. The game features a CD-free, two-button move for the main console, and a powerful Musou dance. Experience the most exciting version of the Dynasty Warriors with the restoration of all the classical legends and Generals. Let’s fight together and get back to the beginning!

[Officially Licensed, Real Dynasty Warriors]
Still playing unofficially licensed games? Then you\’re really too low!
Licensed by Keoi Tecmo and produced by the official original team, this game is the original restoration of the Dynasty Warriors.

[Hundreds of soldiers in one frame, A Rider for a Thousand]
Stressed out at work and in class? Then come and play Dynasty Warriors: Overlord.
If the enemy is ashamed, I will go and strip him, so you and your brothers can experience the thrill of mowing down thousands of troops.

[All the classic generals reappear]
Not a single general of Three Kingdoms has been restored? That\’s because you haven\’t played Dynasty Warriors: Overlord yet.
The original artwork and the movements of the generals are all provided by Keoi Tecmo, and the most iconic generals are reproduced in high quality.

[Epic Plot, Original Story]
We won\’t play without the originality! The classic Four Kingdoms scenarios are presented in its original form!
Wei, Shu, Wu and Jin are pitted against each other in an exciting episode of history, the real Dynasty Warriors is here!

[Unique to the game, Upgrade your experience]
The Karma of the first General is top level, and the Joined skill can help you to kill the whole field.
Call your brothers to experience the battlefield of the Three Kingdoms, and an unprecedented feeling is waiting for you!

The Playground Investment Limited is the distributor of Dynasty Warriors: Overlord in Taiwan, Hong Kong and Macau.

As the game content involves sex, violence and love affair, it is recommended that the game be rated at Counseling 15 years old.
Please be careful when playing the game for a long time to avoid getting addicted to the game.
This game is free, but there are also services to pay for virtual coins and items in the game.